Until quite recently, archaeological researchers developed culture-histories for the Sierran foothill region based on the more studied areas of the western Great Basin and California Central Valley. Temporal divisions reflecting culture change in the foothills, therefore, hinged on data from bordering regions. A recent study for the East Sonora Bypass Project(1), however, has developed an entirely new chronology focusing on a synthesis of local data from more than 100 excavated sites in the watersheds of the Mokelumne, Calaveras, Stanislaus, and Tuolumne rivers. Based on spatial and stratigraphic analyses of more than 200 radiocarbon dates, more than 4,000 source-specific obsidian hydration readings, slightly more than 875 projectile points, and close to 600 shell beads, five major time periods are defined—Early Archaic, Middle Archaic, Late Archaic, Recent Prehistoric I, and Recent Prehistoric II. Each period has one or more relevant changes that distinguishes it from what came before such as subsistence (a new food sources, a change in preparation techniques), land-use (seasonal camps, long-term villages), or technological (e.g., a dominant projectile point style is identified for each period). Obsidian hydration brackets for the Bodie Hills obsidian source (located east of the Sierran crest) are associated with each time period, and are useful for interpreting the age of this obsidian when found on the west slope of the Sierra below snow level. 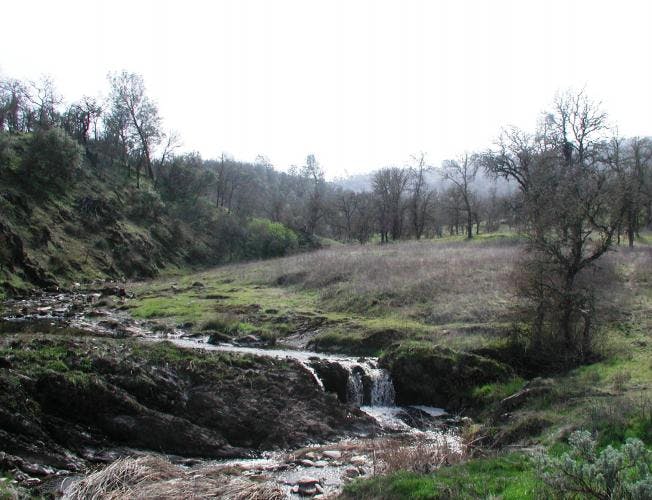 Early Archaic deposits (11,500 – 7,000 BP) are quite rare in the Sierra Nevada foothills, identified locally at two sites, both discovered in buried stratigraphic contexts. They include abundant Wide-Stem and Large Stemmed Dart points, hundreds of handstones and millingstones, as well as a variety of cobble-core tools, large percussion-flaked “greenstone” bifaces, and comparatively high…