The site of the old Gold Rush town of Melones -- once on the banks of the Stanislaus River --  now lies more than 200 feet under the surface of the New Melones Reservoir, just north of the Stevenot Bridge on Highway 49.   Occupied first by Native Americans, it grew with discovery of the rich quartz deposits on adjacent Carson Hill, and as a ferry crossing (Robinson's Ferry) for a major Mother Lode road.  By the end of the 20th century, the Melones Consolidated Mining Company established its 110-stamp mill in town and by 1902 the Sierra Railway from Jamestown used Melones as its crossing point to Angels Camp. From a heydey of activity, the town declined along with most others in the Mother Lode.  The first Melones Dam backed Stanislaus waters to the edge of town, and WWII ended the final mining efforts of the Carson Hill Mining Company in 1942.  In 1962 construction of the New Melones Dam was initiated, with completion in 1979.  New federal laws, however, required historical and archaeological studies prior to innundation.  Along with the hundreds of prehistoric and historic-period sites affected, the town of Melones was the focus of  intensive research by historians and archaeologists.  Numerous studies resulted, and some are posted here.

The Historical Population of Robinson's Ferry 1860-1900 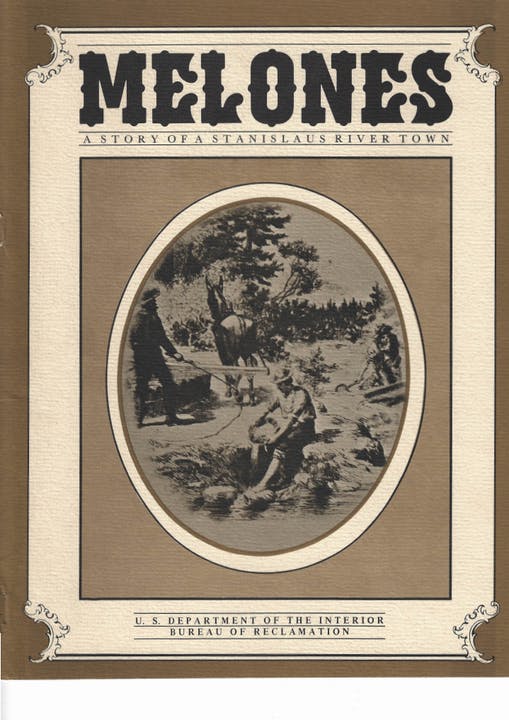 A story of Melones was told in a 1983 publication by the Bureau of Reclamantion as part of their studies prior to filling the New Melones Reservoir.  Written by Julia Costello, it addresses Miwok…