Several locations in the county were notable as early Chilean settlements, including Chile Camp, Chili Junction, and Chili Gulch near Mokelumne Hill where the Chilean War was fought in 1849.  This dispute was between Chileans, who had arrived in California in large numbers in 1848 and 1849, and Americans who coveted their rich claims.  The story of Yankee prejudices and vigilante “justice” is a sad reminder of those ruthless days. (Courtesy Calaveras County Archives)

The home of Chileans Tiburcio and Josefa Aros stood for many years at Chile Camp near Campo Seco.  Arriving with one young son, the family mined and added six more children to the community.  Their youngest son, Celistino, born in 1877, posed in front of Josefa’s bread oven beside the house.  (Courtesy Calaveras County Historical Society) 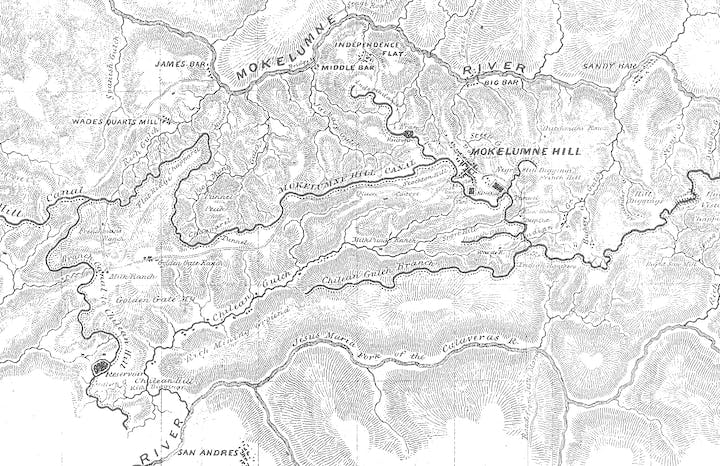 Chili Gulch refers to the tributary stream channel that begins just south of Mokelumne Hill (initially following present Highway 49) and runs south some seven miles before emptying into the North Branch of the Calaveras River.  Located among rich Tertiary formations, mining of these ancient river channels tapped into some of the richest gold deposits in the county.  Because of an initial large… 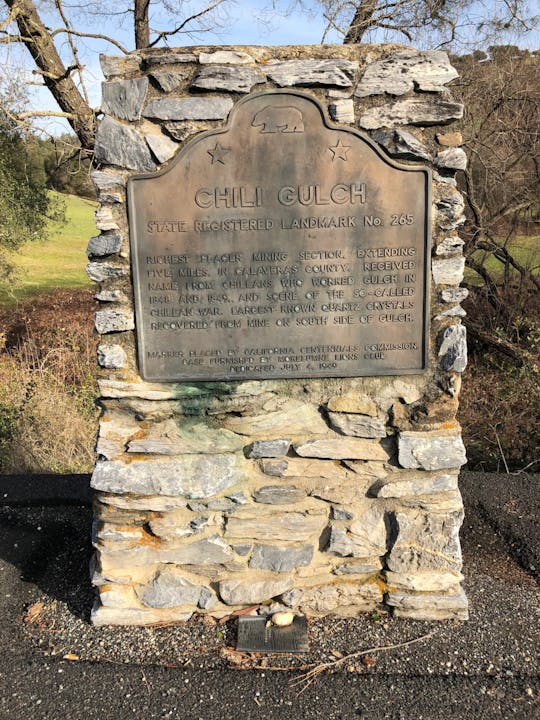